“The problem with the world is that the intelligent people are full of doubts,

while the stupid ones are full of confidence." 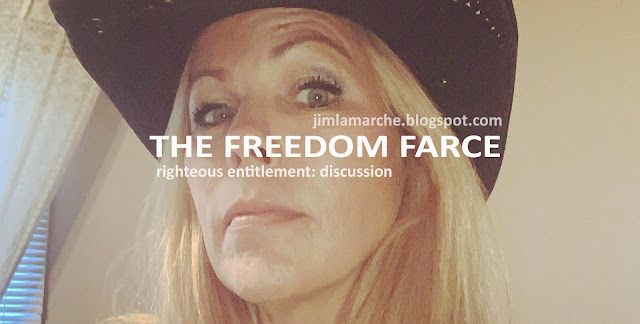 Fascinating to me ... there are some people you meet

who you feel immediately comfortable around, and others

who are terrifying. What's up with that?

When I was in Grade 7 at Centennial Central School in Comber Ontario (1968), we had a class uprising/revolt. Our new teacher (Mr. Kennedy) was young; just out of teacher’s college and he was weak.

We discovered early on that we could control him (if we stuck together) and one rainy early afternoon that late spring, turned the classroom into a party, tying him up to his chair, blindfolding & gagging him and spent the rest of the school day partying, listening to music, dancing and creating chaos/destroying the classroom. It was a blast! It was also the most important lesson I learned in all of grade school AND it wasn't in the curriculum. No. Real world.

The reason for our revolt was a simple one … too many rules & not enough freedom.

Just a small flaw with our plan. We had the same conditions as the rest of the school did. Yes, rules & restrictions, decided by grown ups who supposedly had more wisdom/maturity than we did.  It was no different than any other public school in Canada, only we had a rare opening … and we used it.

What I find most interesting (in retrospect), is that the school must have known what was going on (from the noise, loud music in the classroom), but did nothing to stop it.

Mmmmn ok. Echoes. That familiar - out of sight, out of mind. 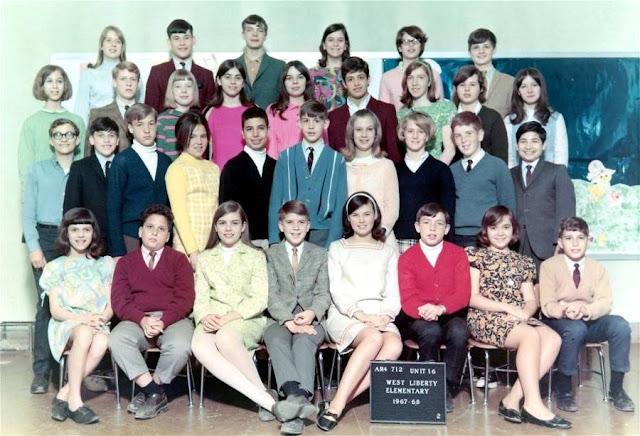 Truth is, we were a pack of unruly brats who seized the moment to create mayhem BECAUSE WE COULD!  Collectively, we saw an opportunity where we could get away with confusion, and we took it.  Fundamentally it had nothing to do with ‘freedom’ per sé, because we knew that the rules were universal (not just confined to us).  I mean, it’s not like we were being treated unfairly really; it’s just that we thought it would be cool if we finally stood up for something that was actually ours (not theirs).

Ok, we were old enough to understand that law & order were basic cornerstones of every civilized community wishing to remain productive, functional & organized and that even our parents & teachers had to obey the law & follow the rules too. Fuck that!  No, this was a one off rebellion shared by 13 year olds wishing to make a point FOR FUN!

The freedom angle was just an excuse, a reason to push back against authority. Sounds almost legitimate right?  It was a momentary awakening in that if enough of us young teenagers got together (all over the world), we could change everything and that for once, they would be answering to US!  An event beyond what any of us could imagine; bliss in anarchy in overcoming the powers that be which also meant PUNISHMENT to every man, woman & child who opposed us.

Payback? You bet!  Being told to wear our boots outside after a winter snowstorm, or - or no Playstation until after the homework is done?  How about no dessert until we finish all our supper?  NO MORE!  I'll wear my running shoes outside after it snows, play video games instead of going to school - hell, I'll eat dessert FOR supper every day if I want!  You can't tell me what to do anymore because you don't matter!

Ah, adolescence. What I would give, to be a kid again ... 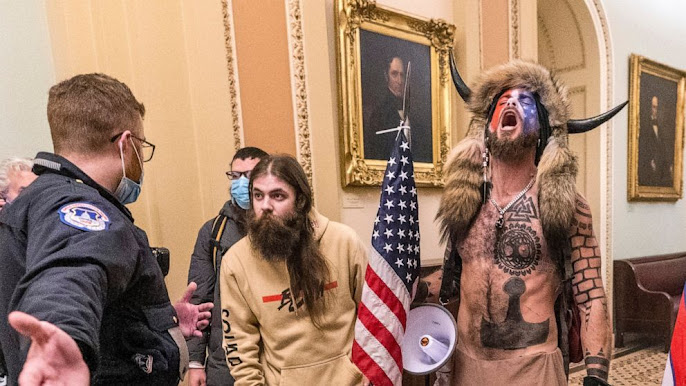 Welcome to the freedom farce.

Fast forward 50 years and what I’m seeing recently sure feels a whole lot like that Grade 7 uprising in Comber only it’s everywhere.  In comes a President who acts like an entitled man-child and those following him, look & act just the same, encouraging a hundred million followers to do just that … revolt.  Why?  Freedom!  Only it's not against our teachers, principals, parents or the police ... no, it's the elite progressives (Democrats, Liberal Socialist whiners who think they're better than us).

Righteous entitlement flexes its muscles just like it did in 1968 in Comber Ontario, only it’s a whole lot bigger & meaner.  It really is all the same stuff only it’s every public school across the country.

Same argument … we won’t live by your rules anymore. In closing, mark my words. There will be more freedom marches, convoys, and protests not that unlike what we just saw in Ottawa.  It was a so-called revolt against vaccine passports (so they say). I say LIE!  It had little or even nothing to do with that. An excuse to tie up the teacher and throw a smash bash is what I'm thinking.  Let's turn our Prime Minister into a clown, make a lot of noise, deface monuments and spray paint graffiti on the sidewalks of our nation's capitol is what this is really about. A fuck you partay! 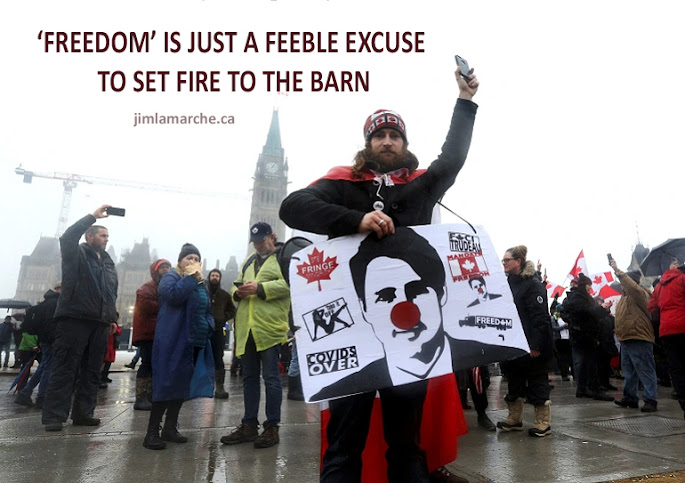 We never saw Mr. Kennedy after that day. Either he quit or was let go (I'm thinking the latter).  We had a substitute teacher for the last 2 months of that school year.  That day is indelibly stamped in my psyche to this day, just like it was 53 years ago …  and ‘freedom’ (now, just like it was then), is just a feeble excuse to set fire to the barn.