until then, I'm a refugee
and I need to run 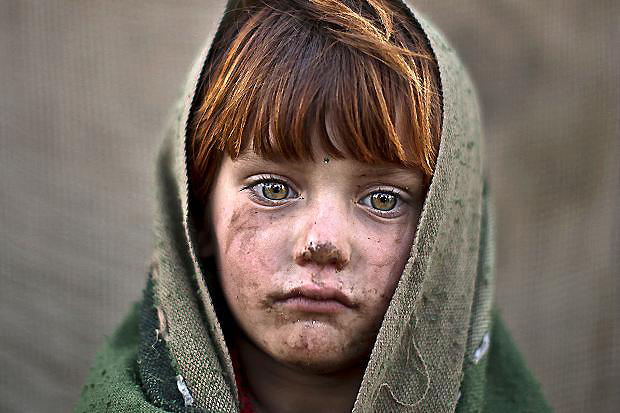 I think they call it "Collateral Damage"
Special Forces loves making big messes
but don't like cleaning them up
learned this 7 years ago (when I was 2)
when they showed up in our village, Mosul
in north-west Iraq - before we had to move here
to Syria

Out of the frying pan, and into the fire

First time they came in
spewing their special everywhere
George W called it "Operation Enduring Freedom"
I call it operation clusterfuk, right
I mean, whose freedom?

My feet hurt and I'm really
hungry - so

Parents?  what parents?
Crisis?  what crisis? 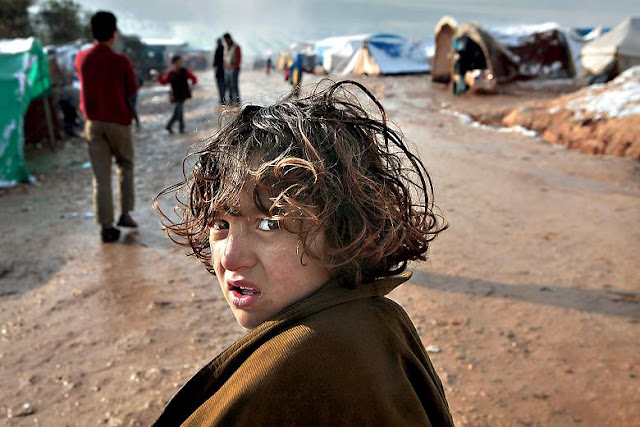 You send your groomed boys over here
sporting their latest iPhones and Tresemme' hair gel
showing off his girlfriend "Britney" in a shot of her
wearing a skimpy bikini, by the pool - back home
to the jealous rookie, sitting beside him - "fak, hot dude"
smiles all around - good for ratings
right - whatever

"You're ok Spencer", pat on the back
"and ya, that haircut?  intense" - inhaling the mystery meat
mustard drip on our full metal jacket floor
"relax dude"

looking out at sand and dust
temporary structures 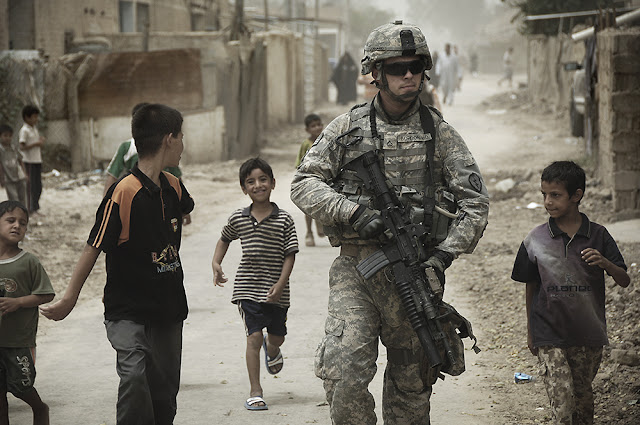 That's me, in the striped shirt
just wanting to touch his massive gun
10 minutes before they blew the gas station up
ya, the one where we were living
because Abdul (owner) was on the list
of those questionable, ah
not questionable
any more

Nothin' like a little 'male bonding' before
shooting up everything, everywhere
fuckin' some serious shit - up

On a mission of "mercy" ... flying high in formation
here to throw rocks at the hornets nest (yet again) and yes
we get caught; families killed
or displaced and where do we go?
Your first tour of duty guy 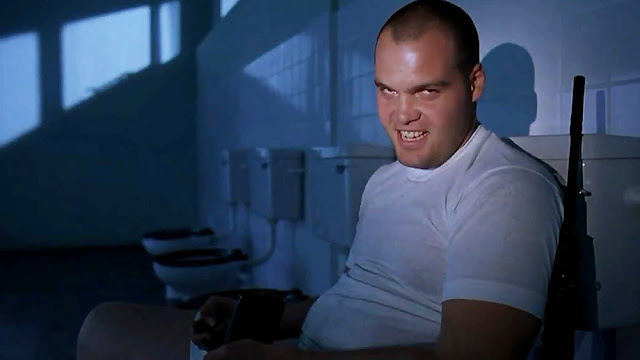 In a wooden box or hanging on in a crowded boat
with no life jackets, food/supplies, no toilets
messing ourselves because we really gotta go
hoping to make it to some island that's supposed to be out there

it's a dream I keep having
thirsty, water - anything for just a sip

Some rich billionaire - so they say, whatever
options and opportunities are sworn to secrecy
because if they find out, we may be followed
and shut down permanently 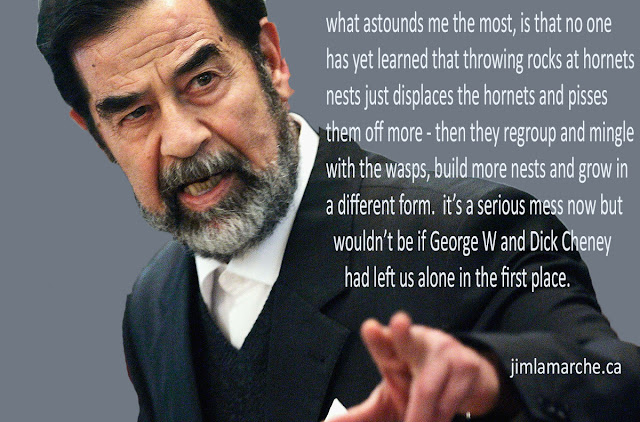 Gathering rations - praying for
a future

Iman, has no idea who they really are
only that they want something that he doesn't have
His mother cries out because the family is minus one
moving on without him - he is/was her baby boy
perilously uncertain of what tomorrow will look like

Whether they will still be alive - reminiscing ...
that clay walled room, in the back of a rural gas station
the place they called home for 4 days, blown up
burned and turned to rubble/ash

Word is, they were headed north - for Hamrat
where the U.N. has set up a temporary shelter patch
food, drinking water ... rest

Only he has no idea - how to get there 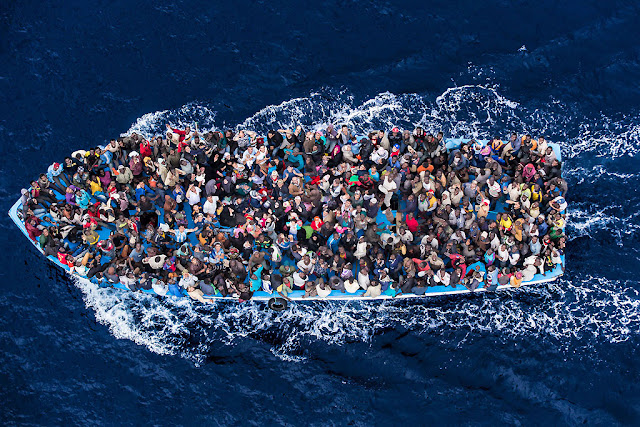 Word is, there's life after death

It's a rumour that's been spreading around
and that it's all about faith - in God/Allah
Delivered and recycled in prayer before bed
songs sung in the twilight in Mommy's arms
in a world turned dark, 24/7 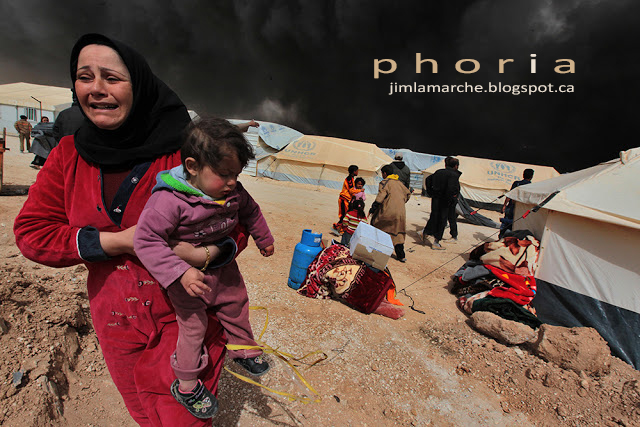 
and yet there is a soothing quiet in the madness
forced to leave this place, then the one after
and after because the pounding is relentless
into another shelter

Getting lucky in Deir ez-Zur
because Daddy knew Abdul
and he had a storage room out back
where we could stay for a few days
Me and my four sisters, Mom and Dad
2 mattresses and some blankets
an out-house and well out back
sweet rice with raisins
and a bug infested dog
named Amira (princess)

I thought the Americans were coming to help
but it's not helping - we're stranded here
Daddy told me that it was the Americans
who created the IS, and that they
are just as evil 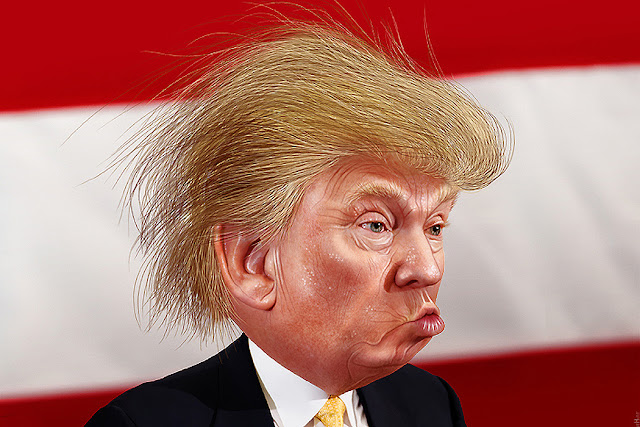 Something about oil/money, power and control
Personally I think it's more about ego
Entitlement, boredom and neglect
I mean this part of the world
is a toilet

So ya, I believe Daddy - only because
when the monsters come, they come
driving American Humvees
tanks and guns and
they are fighting
each other
now

and who the Americans are fighting now
I'm not sure which is worse
the Americans, or
the monsters

getting no fire going this time 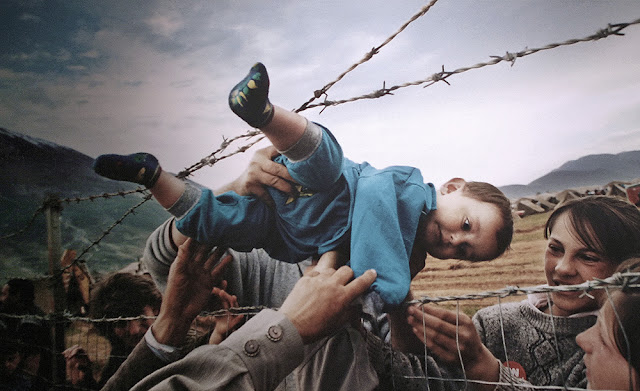 
Daddy, clarify
over & out

Until then, I'm a refugee
and I need to run