sometimes, I just want to be invisible
and be able to fly, despite the danger
a dream I keep having
I want to be 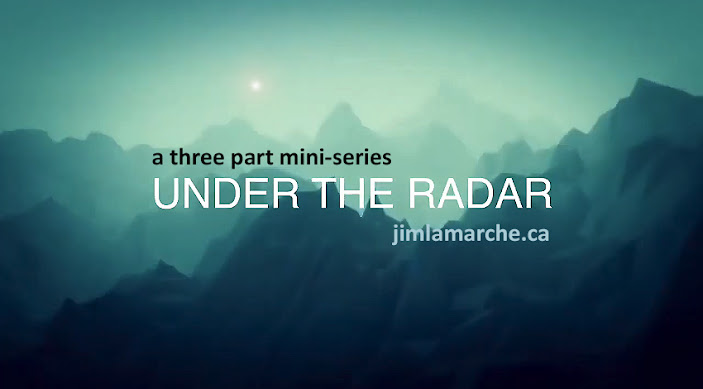 UNDER THE RADAR
BUZZFEED
FIZZLE
quick shout out to Alex, who suggested
I do these bite sized appetizers
U N D E R  T H E  R A D A R
a 3 part mini-series
sound up - 720p
deep listening
after dark
undercover

optimized for night vision
what a blast
ah so, pick 3 story/clips
that kinda go together - right ok
shuffling the deck
and laying out
3 cards
december 2020, lockdown 2
dedicated to the southside aquatic centre
woodstock ontario
(for bringing me back) 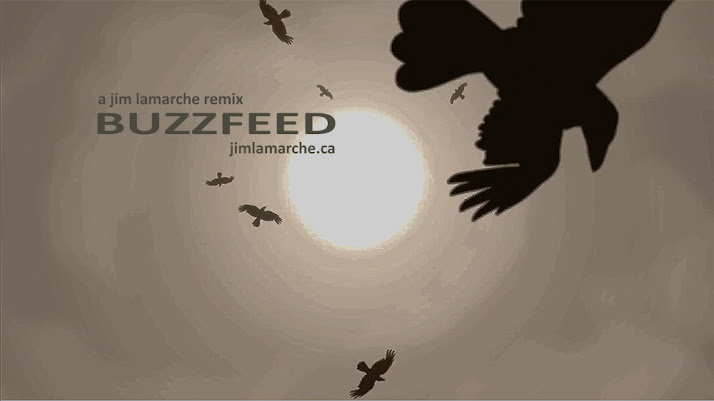 remixes by jim lamarchefrom the 3 part mini-series - UNDER THE RADARfrom the album ONE LIFE
assembled in photoshop, logic audio & final cut
featuring the Roland System 8
read more of Jim's blog posts here
http://jimlamarche.blogspot.com/
see my youtube for contributing credits
and listen to the album ONE LIFE  >>>  HERE
(play all) 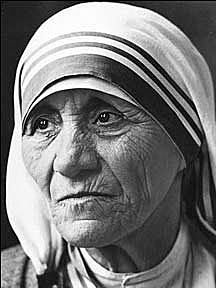 
that fundamentally, we're all equal - embedded in the constitution
here in Canada especially - then there's "karma"
then there's reality - the judgements - the walls of shame
welcome to the fear factory - centuries of criminal behavior

I need a healer 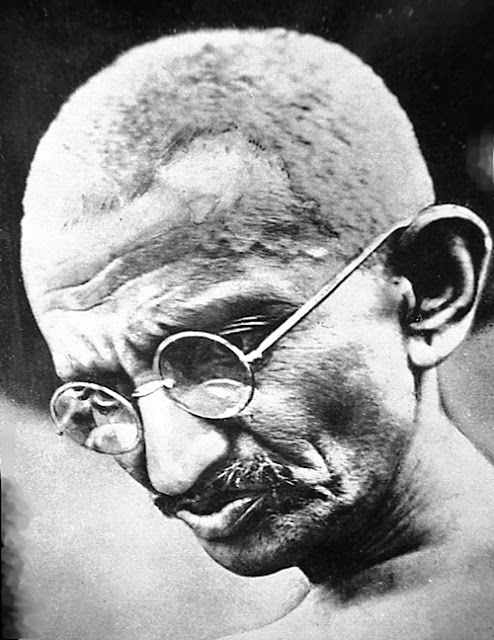 "a man is but the product of his thoughts
what he thinks, he becomes"

in our bedroom - early on 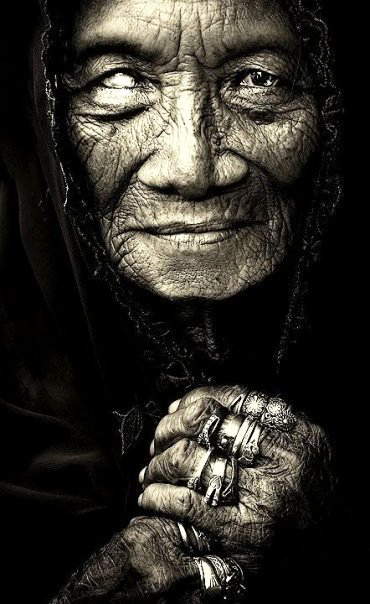 "you - are a healer", a simple acknowledgement
spoken quietly in the presence of grace and humility
empathy - compassion - deliverance - she receives the message in form
no expectation - only loving, accepting resolve - nothing matters
only what is right here - right now ... you are everything
and you are nothing 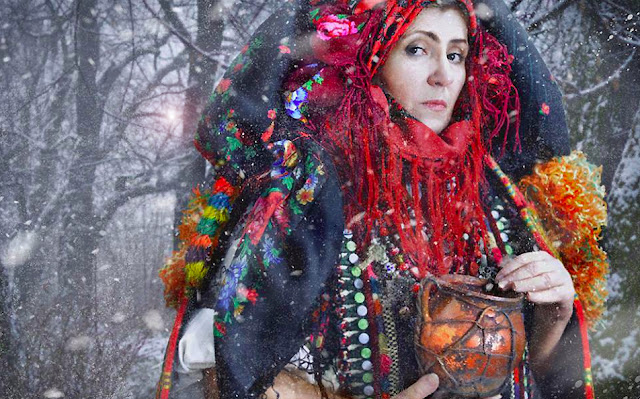 "the wound ... is the place where the light enters you"


no attachment - no shame - no pretension - no fallout - no "discussion"
no need to pretend and/or hide behind anything
no cruel constructions  - no walls of blame - no borderlines
it's simple, I think - it's all about "listening" (not speaking)
the truth ultimately unfolds in receiving information
taking it in gently 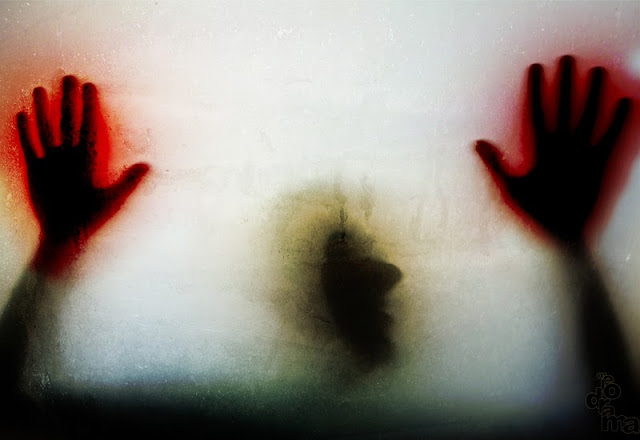 when she walks into a room
my heart goes bing - bang - boom - "mommy"!
waking from a dream at 5am - heart pounding - so real OMG
so right there - I could touch her - shivering shaking
I feel cold 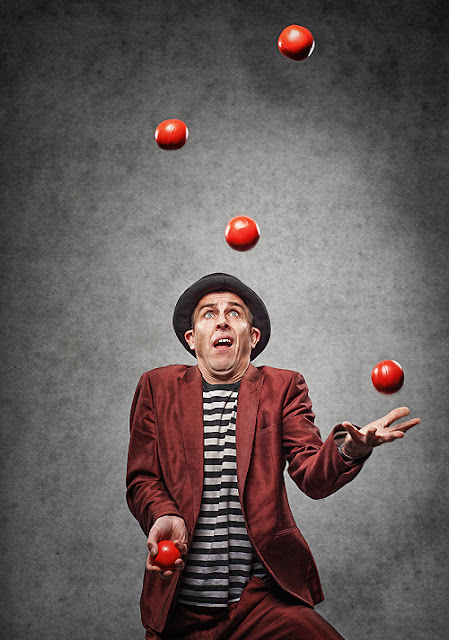 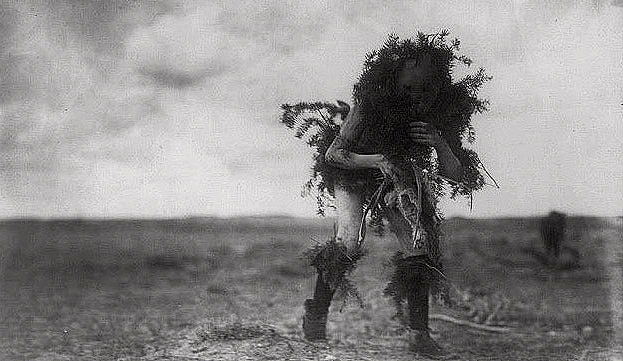 
it doesn't matter who I am - or what I stand for
it's not about my conquests or my fears, regrets
accomplishments - mistakes
none of that 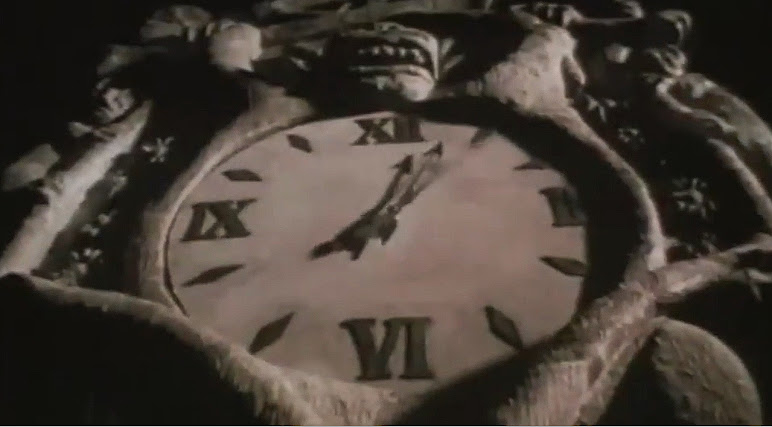 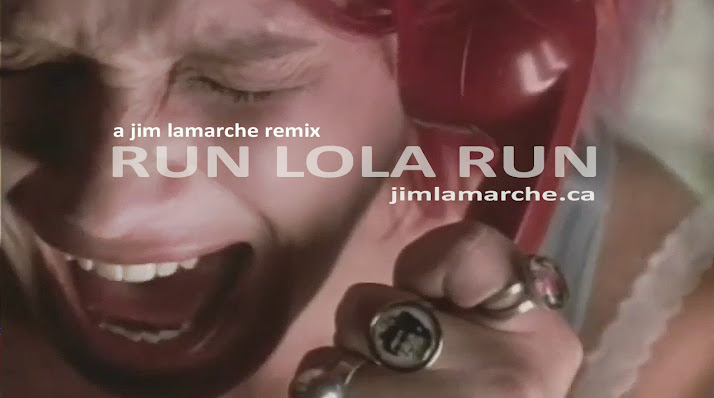 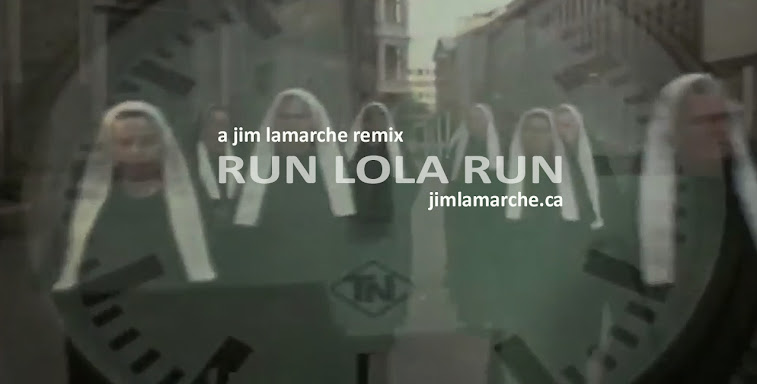 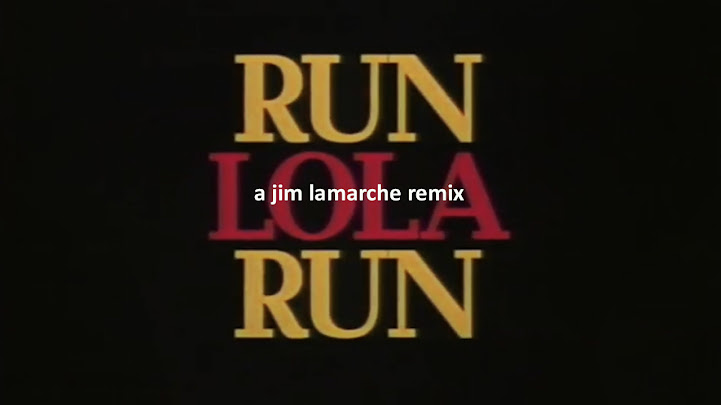 Ok.  I'm thinking
there are a lot of things
that aren't working here
time to make changes 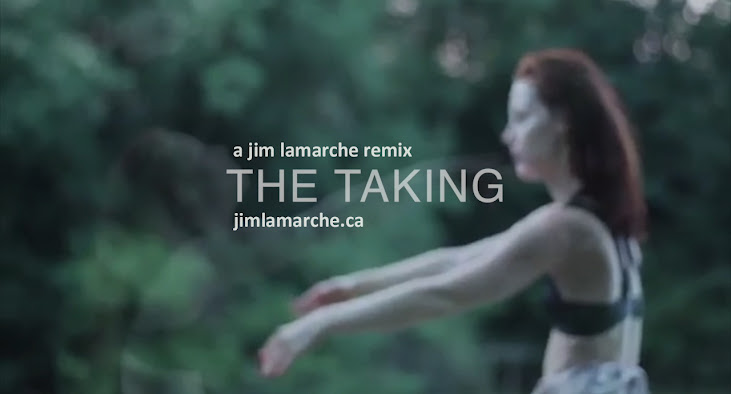 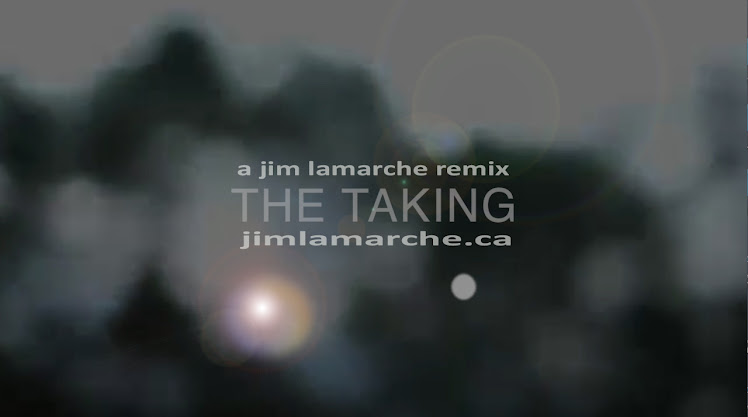 US & THEM - a discussion on ideological preferences

A few months ago, I engaged in a discussion with a friend whom I’ve known for years (my age) at the fitness centre where we both swim here in High Park Toronto.  This was our first exchange on the subject of politics and I was surprised to find out he was a hard-line Conservative, Trump loyalist and anti-masker.   Never knew that about him.  Eastern European in descent having lived in Canada most of his adult life, a musician, Dad like me (retired/daughter same age) but having been employed in a ‘real job’ for many many years, having endured some tough times earlier on and carrying a whole lot resentment.

Our ideological preference was a discovery for both of us and there was a newfound moment of alertness that eased somewhat as the conversation continued.  The word recoil comes to mind.  That said, I believe we both softened once realizing that a serious conflict wasn’t worth the trouble, nor should it dampen the hundreds of casual disclosures we’ve shared over the years.  Safe to say we have a genuine fondness for each other as fellow humans.  I’m wishfully thinking it’s what years of experience has taught us, both knowing that our intransigence on this topic would likely not waver … appreciating our differences and prepared to incrementally explore them in that moment.  Silence …

“So you’re a Trudeau lover”, he defiantly asked with a peering indignant look … “you think we should have open borders and let anyone in who wants to come here” sensing a tension escalation in his practiced broken english.  His assertion was more a stubborn proclamation this time; not so much a question but more a statement (of fact), like he already had me figured out - one of them.   What I got in that moment was his need to widen the polarity as far as it could go, stretch it tight … his white, my black - his right, my wrong … his freedom - my threat to that freedom; all the crazy crap amplified over the past 4 years.  In this world the light switch is either on or off, light or dark - no greyscale let alone colour.  Conclusive. 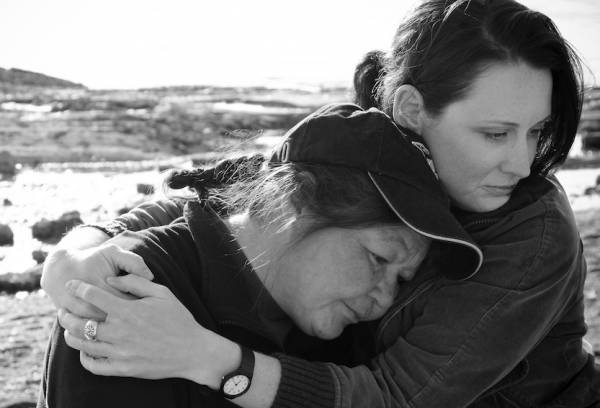 “No, I’m not a Trudeau lover just thankful it’s him running the country”, I said.  Now he’s looking even more agitated with a ‘what’s that supposed to mean’ look.  Continuing … “well let's just say that I respect all those who have made this their home, here now”.  Confused silence … “but Jimmy this is not their home” he said, really needing me to get this.  “Yes it is” I calmly reiterated.  “As for open borders, definitely not” I said … “but we need educated newcomers with skills for our economy to survive & compete globally” (thinking go easy).  “Immigration law in Canada is strict and there’s a very real criteria/rules one needs to have to qualify to stay & work and it’s not so simple”.  “Ok” he said, “so then they get here then they bring their whole family here too, when there are ‘real’ Canadians who are unemployed and need help”.  Everything is stretched to the max thinking this is going to be a tough sell, articulating my (obviously flawed) reasoning.  "You see, Canadians often lack the skills/education needed/required for the job, that's why most of the doctors in rural Canada were born in other countries - supply & demand".   Now there's a sense of internal fuming in the silence, continuing.  "Your fruits & vegetables ...  foreigners often do things and go places we 'Canadians' won't do or go to - we need them."

Wrapping my wet suit in my towel and putting it in my gym bag, zipping it up.  Quiet.  His head now shaking almost in disbelief (thinking it just might explode).  Black or white, light or dark - no variation.  The troops are dug in and they’re not going anywhere - pause.  Twenty seconds passing, looking over at him.  “They need to be deported … sent back”, he defiantly remarked.  Extended silence. 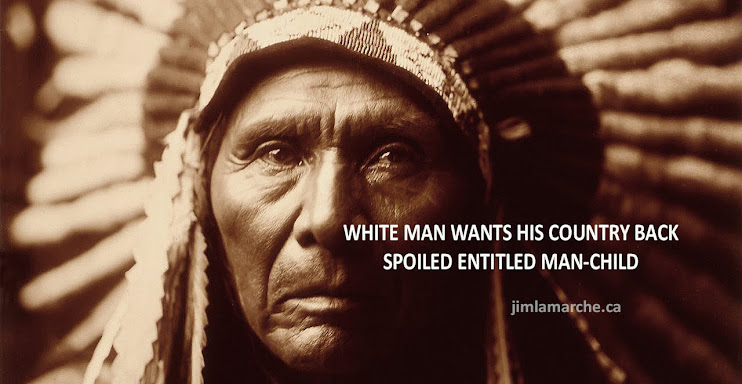 Referring to him by his first name ... “Where were you born?”, I asked.  “Lithuania” he earnestly replied.  Contemplating the fallout of where this was going, still risking it … “So maybe you need to be deported too” I said.  His jaw slightly dropped.  Dumbfounded, disgust.  “You’re crazy” his last words to me, walking away.  I’ve seen him a dozen or so times since and it’s almost as if that conversation never happened.  Like we both know not to go there.

I’m fine with that.

in peace, sons bury their fathers
in war, fathers bury their sons
herodotus
ONE LIFE
WELCOME HOME
FAITH
(below screenshot) 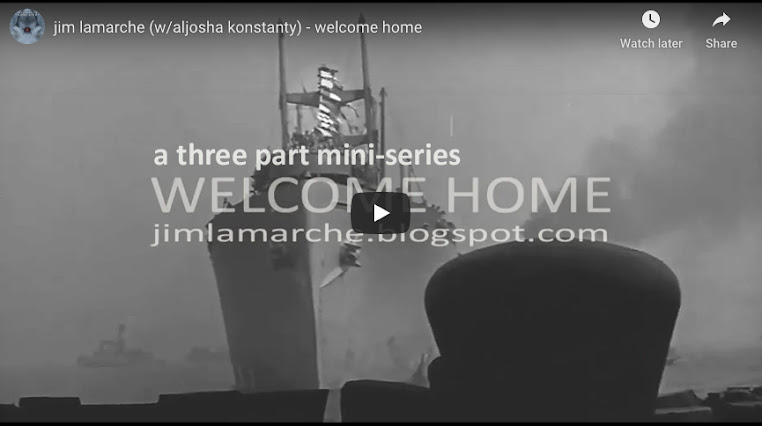 a jim lamarche remix
from the 3 part mini-series - WELCOME HOME
and from the album ONE LIFE
assembled in photoshop, logic audio & final cut
featuring the Roland System 8 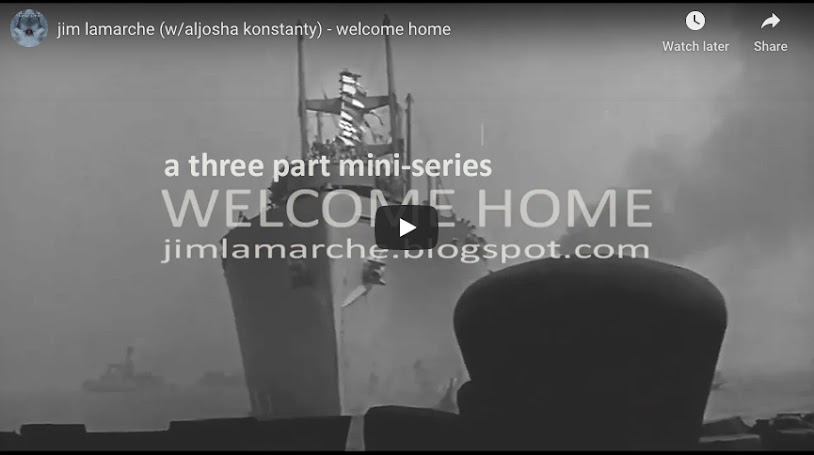 read more of Jim's blog posts here
http://jimlamarche.blogspot.com/
listen to the album ONE LIFE  >>>  HERE
(play all)
thanks to Alex, who gave me the idea to do these
bite sized - mini-series things
coming soon
DIWALI 20 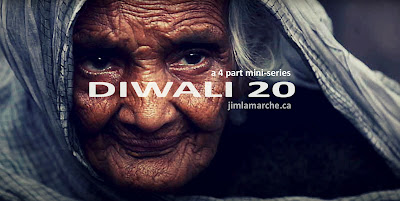