Marketing manipulates.  I am grappling with the concept of political ideology in a broken world, and in what separates liberal left wing and conservative right wing thinking.

At 10pm on October 31st, 1966, she left him.  After dark with a truck pulling up - some furniture and us in tow while he’s at his new job as a radio dispatcher starting his night shift at Overland Express in Woodstock Ontario.  After years of broken promises, she had had enough; sick and tired of his lies and his absence and most importantly, his impotence.  Hardly around and when he was, he was mean most of the time, and it was common with many married men there who thought they deserved more, taking their anger and frustrations out on their wives. 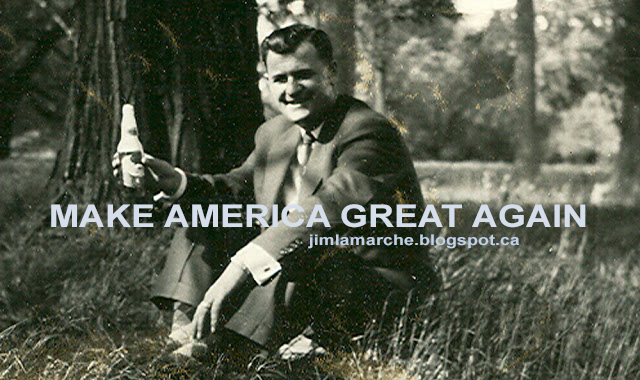 Liberal and Conservative Canadians lived seamlessly together and it didn't really matter what side of the fence you were on.

I am fascinated by all this, especially now in May 2017, 105 days after Donald Trump has been elected President stateside and am truly baffled at our caustic counter-productive bi-polarity.  That said, I am extremely curious about why he has appealed to so many people’s fundamental values - framed in a turbulent tradition, despite appearances in an obvious capsizing of moral judgement, enabled in reaction and empty of response.  I am in awe of the human tragedy, in it’s absence of reasoning - stubborn and stupid, defaulting to numbness.  Like a saucy scrap on Jerry Springer followed by a punch in the face while everyone in the audience chants and cheers while she placidly does her toenails in front of the TV - sipping wine and giggling.  Newsflash.  The differentiation between church and state is now dissolving after his newest EO/Executive Order and the dismantling of regulated systems (designed to protect us from greed) proliferate.  The gloves have come off and we are officially at war with ourselves and what’s worse, is that the manipulation is metastasizing, even in Canada.

All this takes me back to a time when nothing mattered; a time when politics was just a thin particle board sign on a spring fed manicured front lawn every few years. Ah small town Ontario in the 60’s; tulips and daffodils.  Our local candidates always had that predictable family man smiling face and a kind pose for the camera that said ‘trust me’, only back then, if their face was on a voting sign in Woodstock Ontario, they probably were trustworthy.

Now entering my twilight years - fast-forward, in what feels like a relatively fulfilling life, I am left to ponder;  reflecting on how I came to be and what it all means. 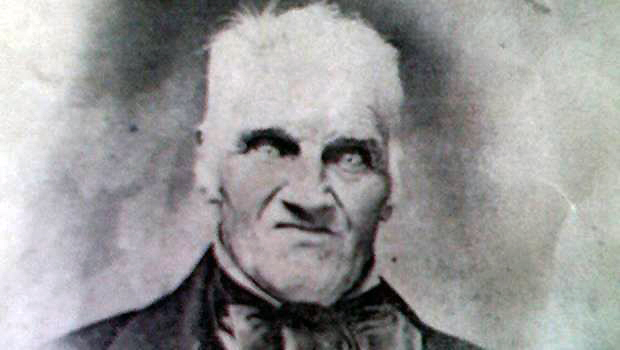 Canadians were basically on the same page and there really was no right or left (like there is now).

My parents weren’t overly political, although I later discovered that Dad was very much an alt-right foot soldier (as were most of his so-called friends).  Mom wasn’t interested in politics and had no position in it.  Like most of her girl-friends (wives and Moms), it just wasn’t something that women thought about back then, because well - they weren’t supposed to.  The husband decided and the wife just followed along.  Growing up in Oxford County felt more like growing up in an incubator more than an open patch of land in southwestern Ontario.

Everyone knew each other.  I would sometimes accompany Mom to our weekly grocery shop at the local Dominion and remember her always stopping to talk to another woman … “hi Pat! - oh hi Mary - how are you?”  Here we go.  "How's Don and the boys?  Ah ya know".  I’m always bored listening to them smile and laugh insincerely, almost like what they are saying and thinking are very different.  Innocent and frightened.

Introduced to life’s ongoing hypocrisy early on.  Always hidden behind a curtain of courtesy and good manners but fundamentally well intended.  When Mom quietly left Dad in 1966, I was 10 and it was a shock but I adapted out of necessity.  Having a younger brother made it all tolerable.  I knew for some time that Mom and Dad were unhappy and later figured out that they both had been unfaithful.  Mom was a mess but at least she expressed it.  Dad was a train wreck emotionally but concealed it; having been introduced to life in 1925 in Woodstock too, only growing up repressed during the great depression in the early ’30’s - second oldest in a large family; talking about it years later, after his 7th beer in Stoney Point where we lived with Agnes (her 8th); one of Dad’s early acquisitions.  Apparently she was a fling he had early in his marriage to Mom.  Ag was married too, having left her husband Earl and their kids, to be with Dad because well, marriage (and parenting) wasn’t all it was cracked up to be and this felt like a fresh new start … right?  Wrong. Shit-show. 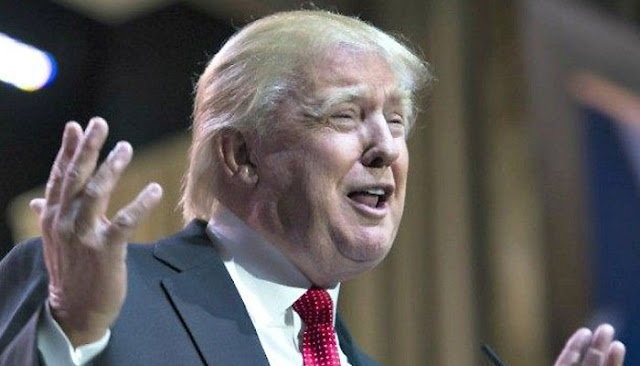 I myself, didn’t think about political correction until I got into my late 30’s, having moved to Toronto and started a family.  I kind of knew I was a Liberal thinker (compared to others), but it just wasn’t important to me.  I had become immersed in my passion and my ongoing muse - music, and well … Canada was doing just fine anyway and me voting one way or the other was almost irrelevant.

Canadians were basically on the same page and there really was no right or left (like there is now).  Leaning left was in my DNA and I think that it may have been originally realized in a previous life because all the signals were without any grounding in my immediate history here and now.

Politics wasn’t something that very many people north of the 49th thought about very much (at least in my circle) and that was just fine with me because I had more important things to think about.  Liberal and Conservative Canadians lived seamlessly together and it didn't really matter what side of the fence you were on. 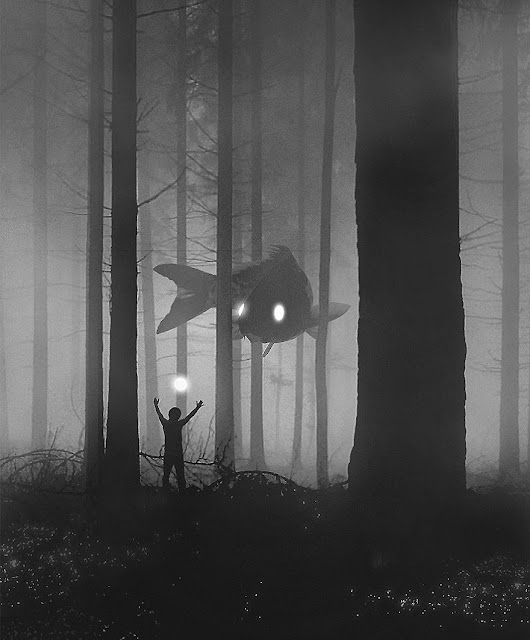 It was later (summer ’96), when I first consciously realized how different I was from Dad.  Having previously lived with him against my will for 6 years in isolation 25 years earlier, I remember asking him back then at 15 what was going to happen to me/us (my brother and I), living in Stoney Point because I could see no future there and high-school was finishing soon.   His answer was something like … “You could get a job picking tomatoes; good money in that.  Find a good woman and settle down here - your own house - kids”.  Right.  Dad had zero interest in sending us to college (let alone university), because of the expense of it so this is what’s on the menu.  Lots of ripe red.  The Heinz plant was in Leamington and thousands of locals had become pickers or processors and lived comfortably on their hourly in some shack in rural Essex County - collecting an unemployment check or welfare during the off months.

Men came home late, drunk while their wives chain-smoked cigarettes and watched a fuzzy TV; their kids out vandalizing mailboxes.  One of Dad’s big regrets was that he wasn’t able to get into a good union and wanted that for me, quietly confessing. In March 1973, I realized that getting out of Stoney Point was essential to my sanity and being 16 allowed me to move back to Woodstock with Mom and my step-father without my brother who I left behind alone.  Dad always resented me for doing that - away again.  Slipping out when he was at his new job, sitting on a bar stool at the Cooper Court Hotel in Belle River at 2pm, abandoned YET again.  That resentment continued until he died in September 2002.  I found out in 2005.

I think back to our yearly visits a lot.  I’m still learning from my Dad.  I’m sure he had no idea how important he was to me and I miss him.   I’m thinking that the lessons he meant to leave with me are much different than he intended and I still feel his pain. 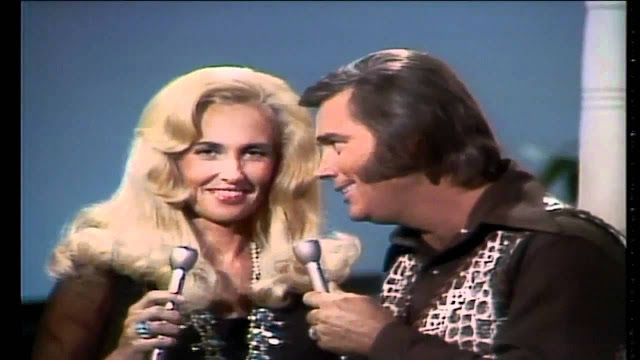 It really hit me how different our political views were - our outlook on life - perspectives, visiting him in 1996 especially.  After a one sided discussion on racism south of the border and in his incremental inebriation, he sarcastically laughed out loud.  "You're a bleeding heart liberal”, he said scathingly and that flattened me thinking, what the hell is that?  It was then that I realized that there was 2 opposite sides of the nickel (heads and tails) and was then formally introduced to the idea of conflicting ideologies.  It was also when I realized that Dad was essentially a hard right thinker and I now know that if he were still alive, that he would be an ardent and loyal Trump supporter for all the obvious reasons.  I also now understand that quietly leaving him that windy early summer afternoon in ’73 was because our beliefs were diametrically opposed only I was still unaware of that then in Stoney Point.


What’s most fascinating to me now (looking back), is that I could have easily subscribed to Dad’s vernacular viewpoint, like the few friends I had there did - staying behind and carrying out the tradition that their fathers were proud of.  I could still be there, perhaps having worked myself up to foreman at the plant ... that union job that he always wanted for me.

Carrying his legacy forward to the next generation. Thanks Mom.