RUSSIA VS. THE WORLD

Ukraine is the teenage girl who wants to leave home and join a rock band because her boyfriend is the guitar player.

Ok, someone help me out here.  There’s a war in Ukraine and I just don’t get it.  They’ve been flirting w/NATO (essentially the U.S.) for a decade by slowly/quietly importing U.S. sympathizers & financiers running the show now (lovers sneaking through the bedroom window when parents are asleep & crawling into bed with their little girl); wanting to be part of ‘the west’ (promises of money, jewels & gold) and the Motherland (USSR/Russia) is saying no (foot down)!  How is that fair?  Better question?  Maybe it’s none of our business OR is it?  Ah, poor Ukraine needs our help. Sounds suspect to me.

Sounds more like the U.S. would like to set up shop (missile launch sites pointed at Moscow) right in Russia's back yard, while raiding the pantry (billions in resources there). Is it any wonder Mother Russia is pissed?  It's just common sense. 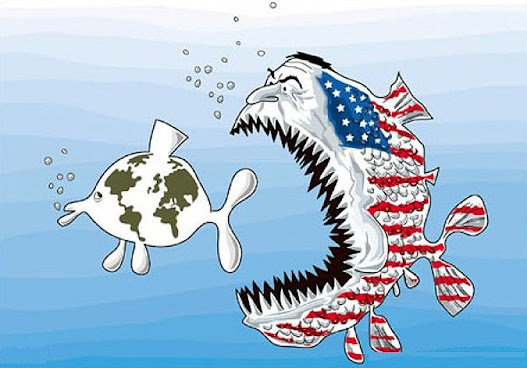 Ukraine is the teenage girl who wants to leave home and join a rock band because her boyfriend is the guitar player.  Parents need to let go at some point yes?  Question is … what are they holding on to?  Answer: that little piece of the world/them, that they can still call, theirs.  Even better, why are we even there?  Why are we interfering?

So whatever. Ukraine saying they’ll become neutral if the motherland backs off BUT, US/NATO continuing to supply them w/state of the art war toys?  Sorry but WTF??  What do you really think is going to happen here?  Oh right.  Once Putin takes Ukraine, then he’ll want all the Baltics then maybe ‘world domination’ like Hitler wanted? Just STFU!

NEWSFLASH: dictators are abundant here too, only they wear $10K suits and sit in board rooms (benefitting from 'legally' tricking you while convincing you that the bad guy? ... is over there - pointing), so just don't give me that but ... but horse shit.  What’s most disturbing?  We are on the brink of WW3 only this time nuclear! Freedom you say? You are being fooled (hook, line & sinker)!  This pandemic winding down?  Multiply that nightmare by 1000!  All their fault tho right?

Worth it? Yes. To a select few (and their hundreds of millions of devoted followers), convinced that their interests are protected by their patriotic virtue, freedom fighter fortitude. Dictators all look & sound different and they're everywhere (not just Russia). Our dictators are just a whole lot less obvious but equally deceptive & cunning.  I am left with one overwhelming sentiment here ...

Leave them alone!  It’s none of our frikkin' business FFS.  They were in Cuba in ’62 (our back yard) and it pissed us off and we threatened them w/nuclear and they left!  They don’t get to feel the same now?  If nothing else?  Hypocrisy is abundant in the west and the Military Industrial Complex remains hungry. Money & power rules. It's a trillion dollar investment. Regular exercise is required.  We don't own them. Let Ukraine remain neutral, oh and NATO?  Get the fuck OUT of there!

Throwing rocks at a hornet’s nest can only go bad.  Our future is in the hands of a few dozen men who want & need to break them & take what they think is theirs. It was never yours ... doesn't belong to you. 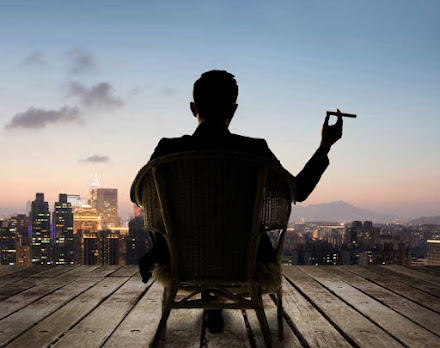 jimlamarche.ca
.
Posted by JIM LAMARCHE - ONE LIFE at 10:52 No comments: 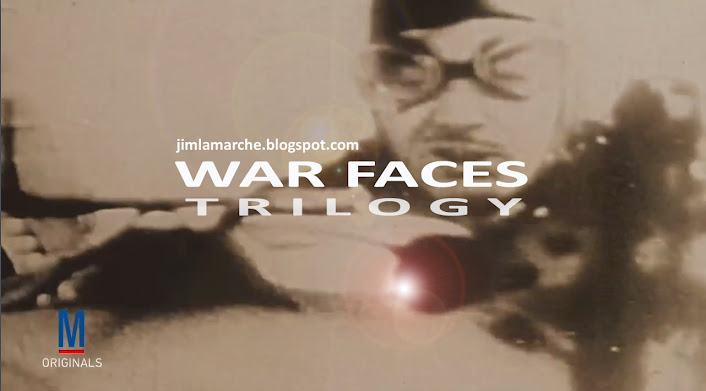 quick shout out to Alex, who suggested
I do these bite sized appetizers 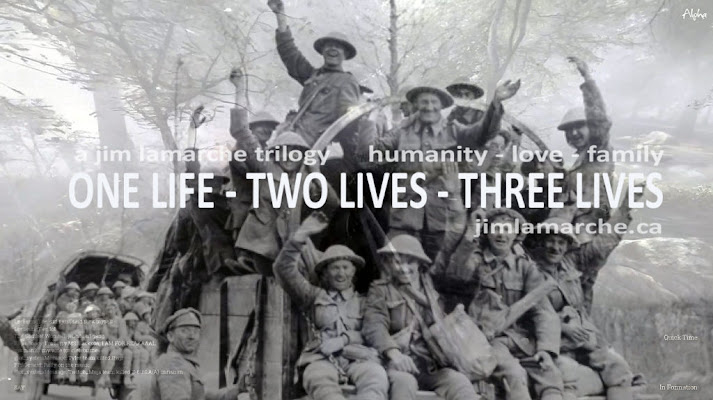 LISTEN TO ONE LIFE  >>>  HERE
(play all)
jimlamarche.ca

As a senior now, and having worked as an educator/counsellor over the years, I am both disturbed & disappointed by the latest series of fumbles; fallout from the privatization of LTC/Long-term care in Ontario. That said, and with a provincial election right around the corner, there's lots of talk when in reality?  We need a miracle. 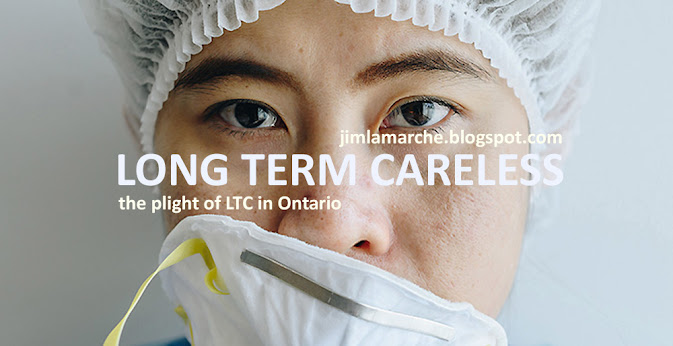 It was part of Premier Mike Harris’s ‘Common Sense Revolution” in 1999 and his bold new vision to repair and rectify Ontarian’s massive provincial debt while creating an economic model that would sustain the future. Simple stuff, right? Balance the books and everything will fall into line. A no brainer. It neither happened nor will it on this road we’re on a quarter century later.  A noble idea that had no legs or real substance. A quick fix solution to a problem requiring a whole lot more patience, effort & creativity.

Over the remainder of Harris’s term there were cuts to essential services all across the Province, that seriously harmed people (elevating mortality), yet all nicely swept under the carpet (still justified) while the problems just festered over the coming decades, and continues.  Early indicators.  Remember Walkerton?  Water contamination because of new short-cuts in testing, resulting in e-coli poisoning & multiple deaths, right up to the present day, where thousands of the province’s elderly have died in a pandemic because of the rampant neglect by those in charge.

It’s a system blind to such consequences in the slipshod management of their living environments designed to stay afloat as cheaply as possible. A younger public/mass population is complacent. Out of sight - out of mind. It is what it is.

We just ‘assume’ that our so-called elected officials are taking care of business before catching wind (in the media) that there’s a real problem; just shaking our heads while pouring that third glass of red wine and laying in the back yard lounge thinking of something else. Whatever. Shit happens. New initiatives designed to give the impression that ‘we’re on it’, placating our immediate concern until we’re distracted by something else. This can wait. Later.

You see, by privatizing anything related to education or healthcare, there’s the inevitable ‘short term gain’ angle that those in power think can sustain itself (but almost knowing it can’t). It also creates a lot of good will amongst politician’s crony capitalist friends (campaign donors).  Big smiles & laughs all around (cigars and complimentary ’buck a beer’ at the summer barbeque … an election weeks away). The ‘long term pain’ (blowback) inevitability getting shelved in favour of an immediate handshake; pat on the back (until someone else has to deal with it - years after the fact). An easy sell but let’s not talk about that.

The initial justification is painfully obvious when presented, that all the advantages just make sense. Privatization puts more money in people’s pockets (participants), which is a boon for the economy right? … oh and relieves a huge (debt) burden from the government where massive divisions of labour can be reallocated to the private sector (saving billions, creating employment - real jobs). Privatization means competition which is good right? Just think about this for a minute!

Working harder to create a better world where the benefits far out-weigh the sacrifices, namely the cost of big government, bureaucracies & costly oversight.  Privatization means those ‘contributing’ can run their operations free of government interference, thus more efficiently & productively (whilst passing the savings on to the people they serve).  Great idea (in theory). The truth is in the stats. Ontario's debt was at an all time high after Harris left. So much for that idea, and the fallout?  We're still in it. 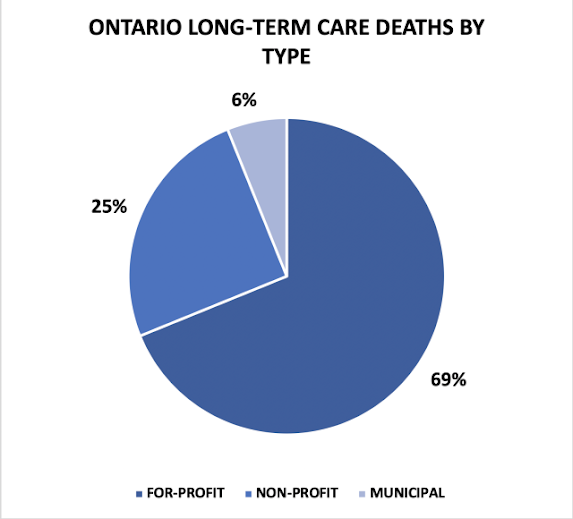 So kudos to Mike Harris for his brilliant revelation, only there’s just one monumental problem, conveniently overlooked … greed.

Minimal oversight, supervision & management allows those running the show to take advantage of a new system because no one is watching where the PROFIT is going nor how exactly they’re acquiring that profit (irrelevant). Hell, Mike Harris went on to launch Chartwell, the largest privatized LTC franchise in Ontario which just sold for $447M.  Hey Mike!  Good call.  It’s a win-win for everyone right? Well let’s just say that yes, for the 10% at the top of the food chain.  Everyone under the surface?  Think again.

Case in point.  PSW (Personal Support Workers) are front-line staff, hired to do all the ‘dirty work’ in privatized LTC facilities.  You know, clean up the messes, deliver the food/spoon-feed them, change their diapers while being told they need to pretend to care about their jobs (that they’re so lucky to have).  Non union, 12 hour (understaffed) shifts for barely more than minimum wage, flipped around from facility to facility on any given day/week by agencies taking their commission on placements because that’s the system now. 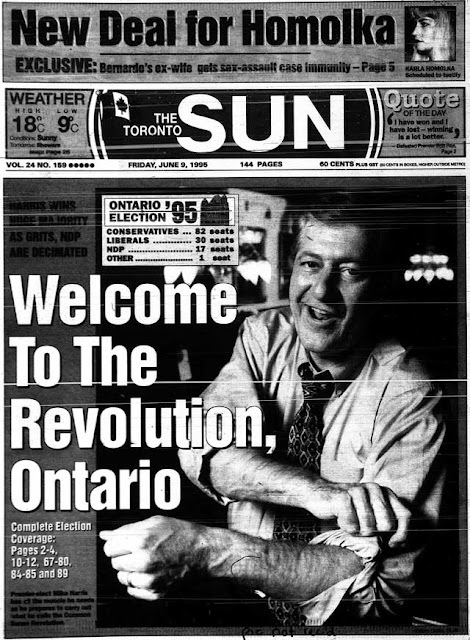 PSW’s shuffled like a deck of cards and played like a bad hand, not staying at any given LTC facility for any real length of time because it’s not ‘cost effective’ to do it that way. They are cheap, transient sanitary workers at best and just ask one if they like their job.

Most are recent immigrants trained for 7 months in a PCC (Private Career College).  In many such schools, set up to cheat by admitting those who can barely speak English (entrance test fudge/no one looking), into a wham bam, in & out program that they magically pass anyway and are jettisoned into a market where the demand is much higher than the supply … APPROVED! What could possibly go wrong here?  Ah privatization. Where everyone can be a winner! ... (even if you don't cut the mustard).

Now we have a real problem.  It’s not working.  Turns out this whole Common Sense Revolution was a bad idea.  Who knew?  As our provincial election looms, we are yet again promised by all 3 political parties that BIG improvements are forthcoming in LTC. I’m thinking lip service; more ‘bandaids on the brain tumour’. The system is set. The agenda is in motion. The players are in place and the catch basins are open. It sure feels to me like the game is rigged in favour of those holding the strings.

The desperately needed overhaul in LTC is unlikely for all the obvious reasons and yes - we need a miracle.

jim lamarche is an education counsellor/blogger in Toronto Ontario 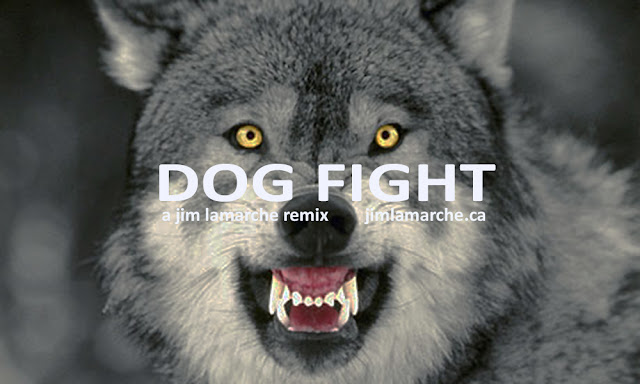 when people run in circles
it's a very very 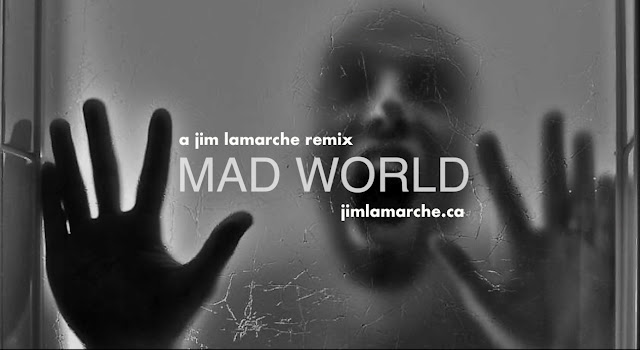