they look so small and frail

but they are so great and magnificent

they are born of the same womb

that birthed the cosmos

and knitted together the galaxies

if you could see them as they are

you would be astounded

you would see not little children

but dancing clouds of light

swimming in an ocean of love

they are so much more than what you see 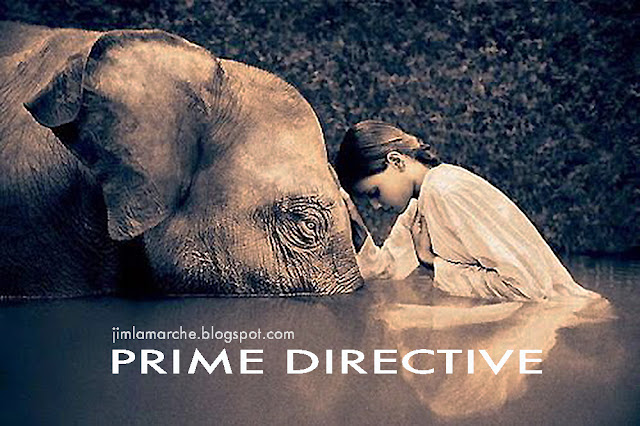 I used to love Star Trek (still do).  Ok, removing all the goo, Gene Roddenberry was really onto something with that show that evolved into many wonderful segments, like a jigsaw puzzle eventually becoming a clear picture.  One of those brisky bits that really moved me was the idea of a Prime Directive.

The Directive ultimately came to fruition during the Next Generation series with Patrick Stewart and Jonathan Frake in the early 90s and lasted 7 seasons.  In short, it’s a guiding principle of Starfleet, prohibiting its members from interfering with the internal and natural development of alien civilizations.  It is almost biblical in its’ depth and fundamental understanding of human nature; coming from a place of timeless wisdom and humility.  I became fascinated with the idea rivalling the allegorical musings of Tolstoy or Huxley and all presented in an entertaining one hour television show on Sunday nights.

You see, within the Star Trek universe, The Prime Directive is a crucial regulation that has all encompassing ramifications in terms of how humanity can sustain itself and evolve peacefully over many millennia.  That said; it is rarely practiced.

It is in our primal nature to interfere with other countries, cultures, families, friends and lovers.  To recreate them in our own image … to change them in order to fulfill our basic needs because we are fundamentally at the center of our own universe; omnipotent and oppressive.  Going ‘where no man has gone before’ means making them one of us and has become a more pragmatic premise.  In the practice of foreign relations, acquisitions in commerce, or even in the day to day running of a family, the Prime Directive is nothing more than a lofty idea lacking in practicality and absent of common sense.

With little regard of self or mission; no interference with the social development of said planet (or person), no reference to shared space, other worlds or advanced civilizations can we actually live together.  Ok, looks great on TV but doesn’t work in the real world.  Right?  Ironic, that such an iconic principle can be relegated to mere fiction but that’s just how it works.  Better to fantasize than realize. 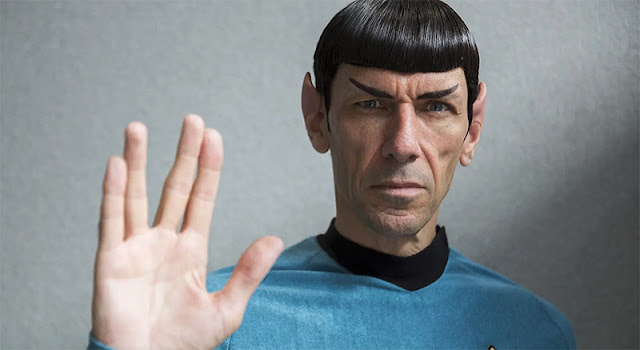 The Directive reflects both a consequentialist commitment to reducing harm and a Kantian commitment to respecting the autonomy of others.  Built into it is an assumption that cultures are better off if left to their own devices (whether those “devices” are social practices or concrete technologies). Interference by Starfleet, even if well-intentioned, is judged likely to mess things up in unanticipated ways — and if the culture in question is to deal with unintended harms, it would be better if they result from the culture’s own free choices. This embodies a kind of anti-colonialist ethos, a commitment to respecting a civilization's own values, beliefs, and practices rather than forcing “better” ones upon them. (Recall that the original run of Star Trek coincided with the Vietnam War, American involvement in which made a policy of non-interference look pretty good to many viewers).  It's in our nature to be helpful.

Maybe this is why the Prime Directive is not an exceptionless rule:  Even if Starfleet ought not to play God, nor to use its superior technologies to correct with coercion, ultimately ethics may require that we trust members of other civilizations to choose their own paths even as they grapple with the possibilities presented by contact with Starfleet.  Sharing a universe is in itself a kind of intervention. The trick is finding a way to share it on equal terms, but as long as our interests become myopic, will there be conflict and thus the constructive conclusion.  A benign benevolence just isn't practical.  That said … there is something quite liberating in non-interference even though the practice is often difficult to sustain.  It is in our intrinsic natures to express our opinions and to impose our wills on others … especially our children - those we 'love'.  Finding that balance between guidance and imposition is easier said than done.

I was an education counsellor at a private vocational (post-secondary) school for 4 years a decade ago.  I hated it but learned one thing.  In sales (as in life itself), there’s persuasion and there’s manipulation and there’s really no way of measuring where one ends and where the other begins and ... resistance is futile.

yet another tall tale (true story). 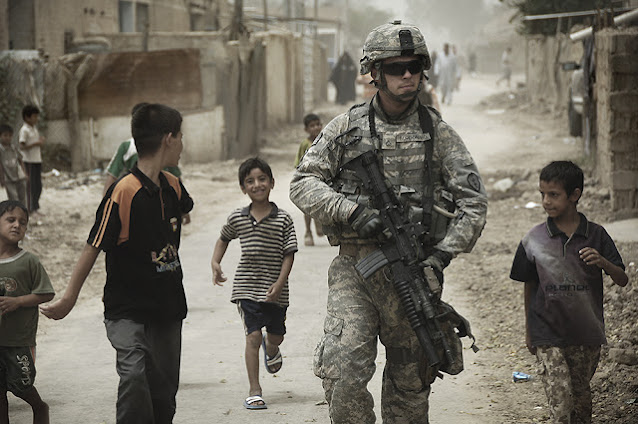 My younger brother and I bought two kites and on a beautiful Saturday afternoon, we trekked down to the Thames River near Woodstock to fly them.  Dave always had a way with these things as his kite went up effortlessly and in minutes.  He laid back on the grass, lit up a smoke and watched it sail beautifully over the river.  I struggled with mine for at least an hour.  It crashed several times in a plowed, muddy field and when I finally did manage to get it up (no pun intended) … it wasn’t positioned right.  It was over the field, not the river.

I continued to struggle with it until I eventually lost my patience and tied the damned thing to a bush, not caring if it crashed again.  Frustrated, I went for a walk along the rivers edge and when I turned to look a couple of minutes later; I was shocked to see that my white kite was gliding beautifully … over the river!

My life hasn’t been quite the same since.